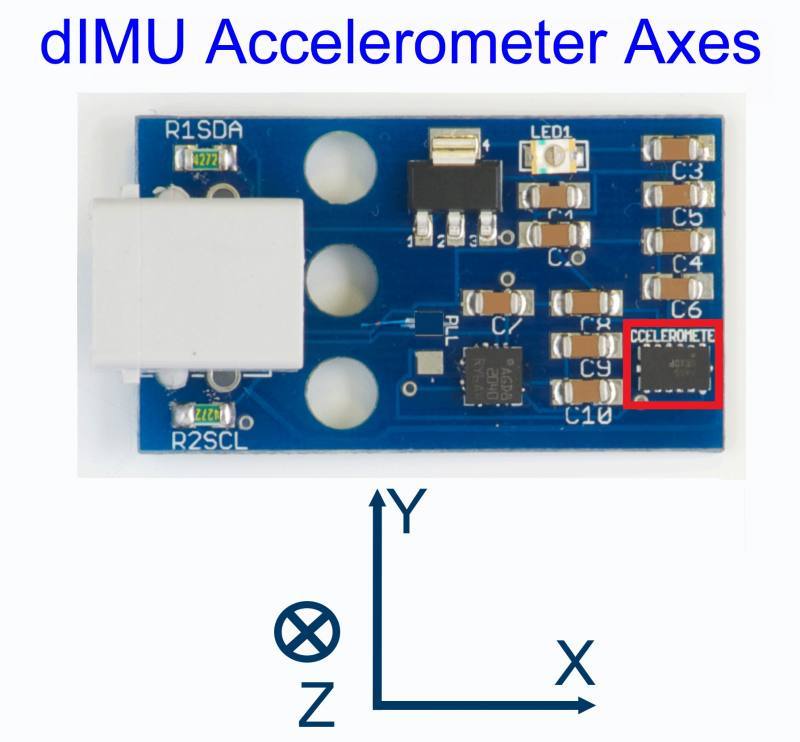 dIMU: Inertial Motion Sensor Инерционный датчик движения для LEGO Mindstorms NXT и EV3 Арт.: 128-74-56 An accelerometer and gyroscope for the LEGO MINDSTORMS NXT and EV3. Measures acceleration, tilt, and rotaton on all 3 axes. Build LEGO robots that can balance, measure acceleration, and know which way is up. Measure static and dynamic acceleration. Accelerometer: Measure acceleration up to 8 g's on all three axes. Measure between ±2g, ±4g, and ±8g. Gyroscope: Measures rate of rotation. The sensor can measure ±250, ±500, and ±2,000 degrees per second. Detailed Description The Dexter Industries dIMU Sensor reads reads acceleration, tilt, and speed of rotation. This sensor combines a gyroscope and accelerometer into one sensor, allowing your robots to do amazing things! Both the accelerometer and the gyroscope read on all three axes (x, y, and z). Build robots that know which way is up, can measure tilt, balance themselves, and measure acceleration and rotation on all axes all at once. The accelerometer works on three different levels and can measure ±2g, ±4g, and ±8g. The accelerometer can be calibrated for static acceleration of gravity. The gyroscope works on three different levels of precision as well, and can measure ±250, ±500, and ±2,000 degrees per second. The gyroscope has zero offset and very low drift, making it very suitable for inexperienced users. The sensor is supported in NXT-G, RobotC, NXC, and Labview for LEGO MINDSTORMS (LVLM). 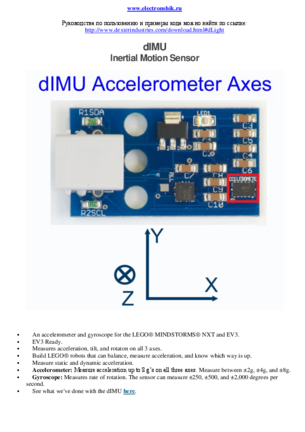 Перейти
BrickPi for LEGO Mindstorms and the Raspberry Pi (DEXTER)